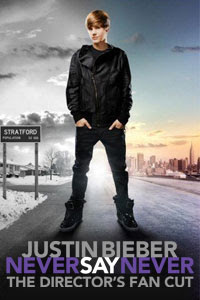 Clearview Cinemas (Anthony Wayne – Wayne and Bala Theatre – Bala Cynwyd) will be playing Justin Bieber Never Say Never: The Director’s Fan Cut 3D! While there, you will have the chance to pick up a Justin Bieber mini-poster while supplies last!

In this limited one-week 3D engagement, Paramount releases a revamped version of Never Say Never with 40 minutes of new Bieber footage. Some scenes contained in the new cut include: more of Justin’s friends and hometown life, new songs and performances, and special footage shot at fan premieres across the country.